Highly intricate drawings and paintings, varying in scale and materials used. Some are in colour, some B&W, lots are surreal, some are not.

James S Prescott developed a keen interest in making art from an early age. He studied art all the way through further education eventually earning a Bachelor of Arts degree at Sheffield Hallam University in 2009. Since then his drawings have been exhibited in several group and solo exhibitions in Eastern Europe as well as here in the North of England. The vast majority of his recent work focuses on bizarre detailed black and white drawings as well as mixed media paintings displaying similar intricacy. His aim with these new works is to create beauty out of nonsense as well as sense from senselessness. This body of work is more about what the audience sees within each piece rather than what each artwork may or may not mean. Viewers are invited to spend time at each piece, to take in the shapes and tiny details.

Please contact me to arrange your Covid safe studio visit during May.

A private work space where I undertake the vast majority of my work – painting, drawing and thinking.

Crookes, about 50 yards down from the Cobden View Pub. 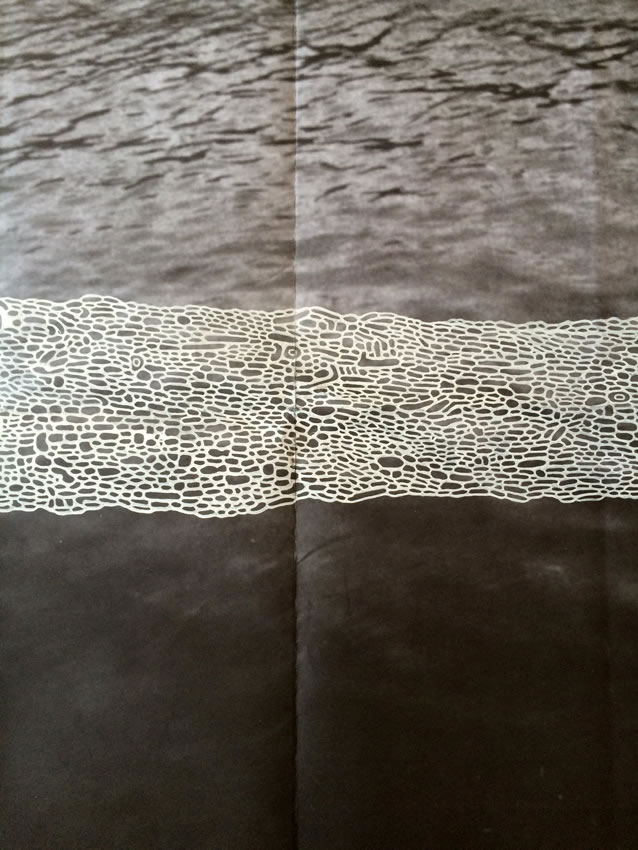 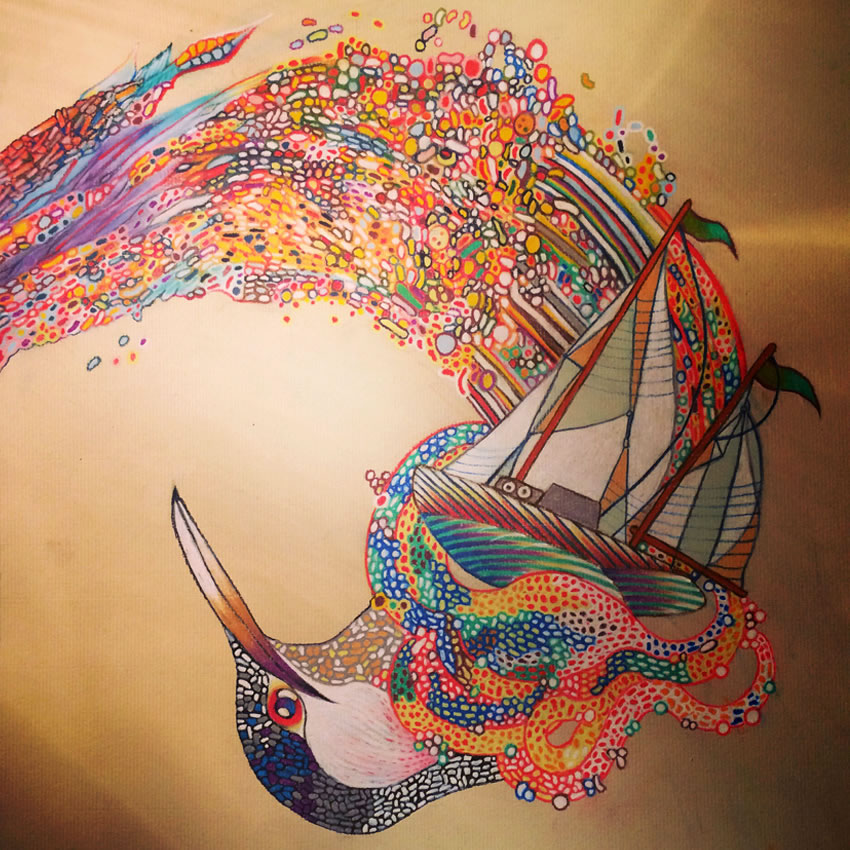 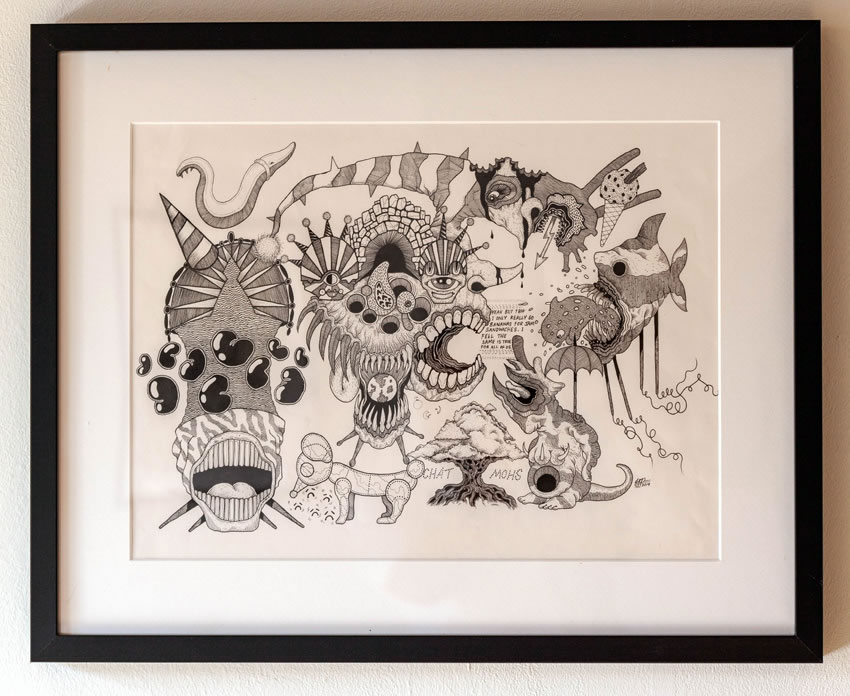 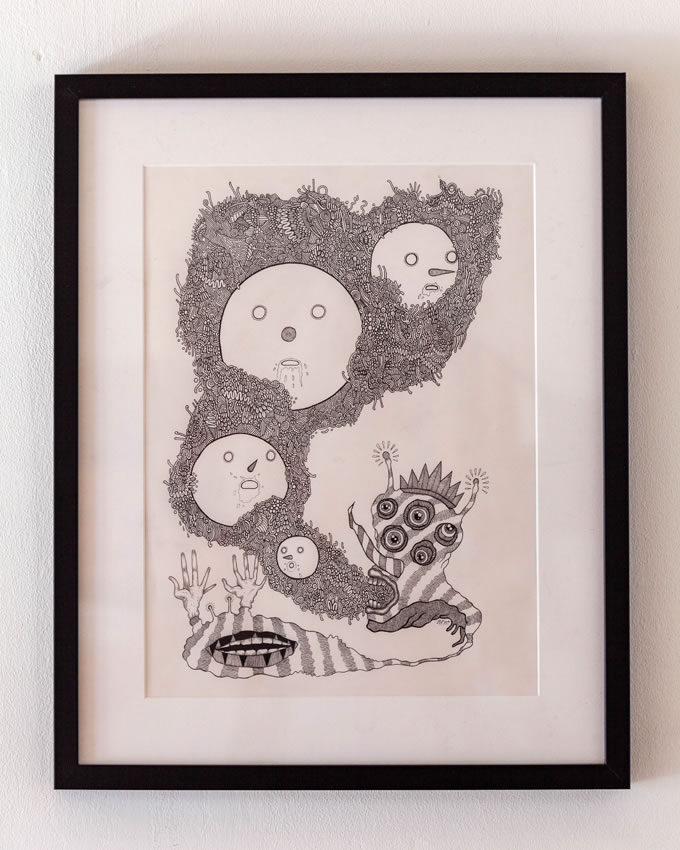